You can find information about our working hours below.

You can fill the form below to get information about the surgery.

You can contact us quickly for your appointments, questions and opinions.

+
Home Sleeve Gastrectomy How to Cope with Emotional Eating?

How to Cope with Emotional Eating? 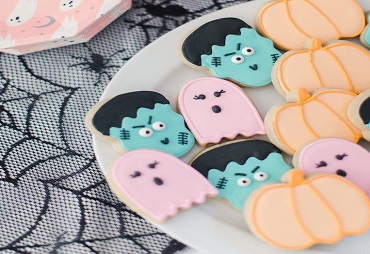 What is Emotional Eating?

While normal weight individuals experience anorexia in the face of fear and anxiety (decrease in stomach contractions also reduces eating behavior), this does not occur in obese individuals due to insensitivity to internal stimuli. Obese individuals who have deficiencies in understanding internal physiological stimuli need external stimuli to start and stop eating. This may be affected by the look and smell of the food or continuing to eat until the whole meal is over, even though satiety is felt.

According to another theory, obese people show binge eating behavior when they are nervous and distressed to reduce their anxiety. Obese individuals have difficulty in distinguishing between the feeling of hunger and anxiety. Eating not only when the person is hungry but also when feeling anxious causes a false learning that this turns into a repetitive behavior that reduces anxiety over time.

The last theory on this subject, the escape theory, is that emotional eating is used as an escape mechanism from environments that create negative awareness. When a person encounters information that threatens him / herself, they turn to eating behavior in order to get away from negative emotions and deterrent effects it brings. The avoidance of awareness by directing their attention to an external stimulus brings along the behavior of binge eating.

In recent years, studies investigating the effect of emotional eating on bariatric surgery results have shown that those who have more emotional eating lose less weight in the post-surgery diet program. Thus, the importance of receiving psychological support during the process has been demonstrated once again, since emotional eating behavior is a risk factor in terms of weight loss, both before and after surgery.

How Can Emotional and Physical Hunger Be Distinguished?

How to Cope with Emotional Eating?

The first step in achieving healthy coping success will be to try to recognize your emotions and review your life before feeling like that. Because gaining awareness of your feelings helps you increase control over your behavior.

After this stage, you can create a “to-do list” for yourself to engage in an activity where you can clear your mind or distract. This activity might be tidying up your wardrobe, calling someone you enjoy chatting with, breathing exercises, or taking a walk. It should be noted that this list will vary from person to person.

If you are sure that you are an emotional eater, it is better to stay away from pre-packaged, calorie-containing ready-to-eat foods and not to put foods that are not included in the shopping list you have previously created in your basket. Don't keep junk food stock in your home. In addition, since sleep patterns directly affect the diet, paying attention to your sleep hygiene can make it easier for you to create a healthier eating pattern.

If, despite all your efforts, you are unable to achieve a permanent change in behavior and continue to see eating as a way of relieving emotional tension, do not hesitate to seek support from a mental health professional.